Table of Contents hide
1 When Hockey Became the National Game of Pakistan?
2 The Victory of Pakistan Hockey Team in Matches
3 Hockey as a Physical Sport
4 The Resemblance With Other Games
5 Field Hockey
5.1 History
5.2 Game Rules of Field Hockey
5.3 Fouls of Hockey Game

When Hockey Became the National Game of Pakistan? 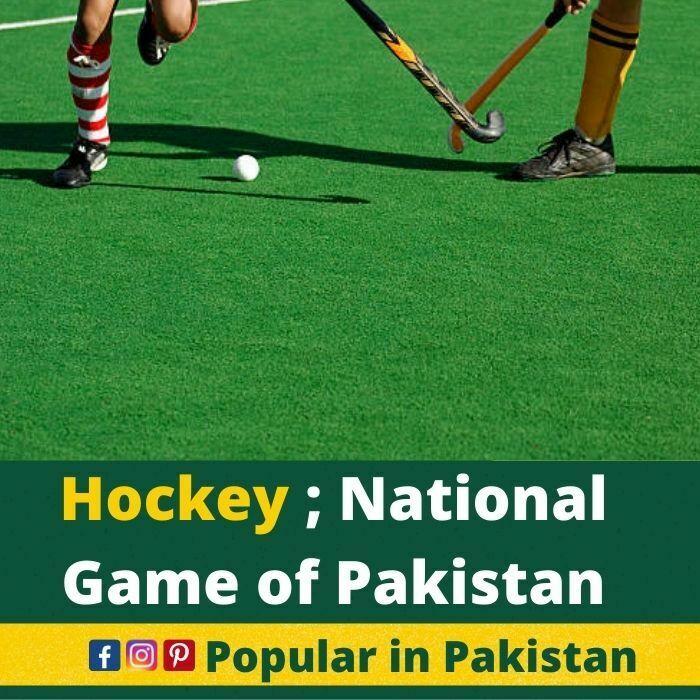 The Victory of Pakistan Hockey Team in Matches

In the Olympic games, Pakistan national hockey team has won 3 gold medals and the Pakistan hockey team world cup 4 times and made a world record. In addition, Pakistan has won a champion trophy and won awards in the Olympics and commonwealth.

Hockey as a Physical Sport

In the past, Hockey was known as a ball and stick game. However, Hockey is known as a physical sport that is played by two teams. Each team has to do goals within a limited time duration. The team which plans more than the other one is considered as a winning team. If both the teams failed to score a goal, then the match got a tie.

Hockey is a stick made with wood. At one side of the Hockey, there is a curve. The purpose of the curve is to hit the ball. The hockey game is exciting. However, the game needs good practice and stamina to play it well.

The Resemblance With Other Games

The hockey game resembles an Irish sport that was played in 2000 BC. There is a lot of evidence of playing a game with the ball and stick by Persians, Egyptians, Romans, and Greeks—some evidence of playing this game at Canterbury and  Gloucester cathedrals in medieval Europe is also found. In 1861 the first hockey club was formed in South-East London. Field hockey is a popular game among men and women both in European countries and Asian countries and. It can be played on natural grass or gravel. The length of the Hockey is about 48, i.e., 4 feet. It is played with a ball; the hardball is 73 mm(2.9) in diameter.

Hockey looks like a J shape; it has a curve at the one end and a flat surface on the other side. Field hockey is an outdoor game. To differentiate from ice hockey, it is called field hockey. In the early civilization, the footprints of Hockey can be traced. The Greeks, Persians, Arabs and Romans, Aztec Indians of South America, France used to play this game in different versions. Hockey has a resemblance with games of early times like hurling, shinty hoquet, etc. These all games were stick games that can be identified.

Hockey was firmly established in the 19th century basically in schools of England. The first men’s hockey club started at Blackheath in London. Teddington was another London club of Hockey that made various variations in the game. They introduced the rule of hands banning and lifting Hockey above the shoulder. The sphere ball was replaced with the rubber cubic ball.

The British army has the credit to bring this game to the subcontinent of India. International competition for this game began in 1895. During the Victorian era, Hockey became popular among females. Women started playing at the domestic level in 1895. Although in the 1970s, they began to play at the international level. In 1974 the first women’s world cup was held. In 1980 women players played in Olympic events. In 1927 International Federation of Women’s Hockey was formed. In 1901 hockey was introduced in the US. It became trendy and being played by women as an outdoor game. It became popular in different clubs, schools, and colleges. The hockey game is played between two teams with 11 players. The shape of the hockey ground is rectangular according to the rules. The length of the field should be 100 yards, about 91.4 meters. And the width of the area should be 60 yards, about 55 meters. The central line is marked in the center of the ground with two 25 yard lines. One goal counts one point for each team. A goal is considered if the ball goes into the semicircle of the goal area. The goal is considered if the ball touches the stick of the player. This ball resembled a cricket ball that was cork-centered, and the ball had leather covering. Plastic balls were also used at that time. The ball is approximately 9 inches in circumference. The length of the hockey stick is usually 36-38 inches, about 23 cm. Weight of the balls is about 12-28 ounces, approximately 340-790 gm.

The distribution of players in the ground is as follows, five players stay in the forward placement of the game, three players remain at halfback, two players stay as a fullback, and one goalkeeper stays in the shooting circle. The game has two halves. Each half consists of 35 minutes. There is an intermission of 5-10 minutes between the halves. After the first half-time game begins by placing the ball at the center of the ground, the penalty is charged if the player faces any bullying from any player, face-off, or the ball is trapped in the clothes of the hitter. If the ball goes off the field, various provisions can be used.

Various fouls are considered in a hockey game.

These fouls are penalized by providing a chance of free hit to the opposite team at the point of infraction. One umpire also remains as a part of the game for each half of the game.