Australian cows are dairy cows, and they first arrived in Australia in 1788.

If we talk about Australian cows, then there are seven different famous breeds for their milk production. Here we will discuss these breeds, their specifications, and their different features.

All of these cows are famous all over the world for their milk production.

This article will discover all about Australian cows, such as their milk production, unique characteristics, and prices.

Holstein is the most common cow in Australia.

This cow is originally from North Europe. These cows are mainly black and white and are in large size.

It is the most popular breed not just in Australia but all over the world.

According to research, 1.65 million dairy cows in Australia are Holstein, which is almost 70% of cows located in Australia.

There are different factors that make Holstein cows a dominating breed in the Australian dairy industry such as: If we talk about milk production, Holstein cows produce more milk than any other breeds in the U.S.

On average, Holstein cows produce 24000 to 28000 pounds of milk per lactation period.

According to the standard lactation period of 305 days, Holstein cows produce approximately 75 pounds of milk per day. Because of their high milk production, they have been considered the best dairy breeds globally.

The Jersey cow is also one of the Australian cows from the Jersey British Islands over 200 years ago.

Jersey is primarily light brown and also can be almost grey to dull black in some regions.

The identification of an authentic jersey is its black nose bordered by a white snout.

It is one of the small-medium size cattle breeds in Australia.

Jersey cattle are in black and, as they are a dairy breed, have relatively bigger udders.

If we talk about its milk production, jerseys can produce 6 gallons of 5% butterfat milk.

They are also one of the high-producing cattle. Also known as American Swiss, originating from the United States.

Brown Swiss is used for dairy production and cross-breedings.

As the name shows, the identification of Brown Swiss is light brown, with a creamy white muzzle, has a dark nose, and dark blue eyes.

As the name shows, Ayrshire Cows are from Ayrshire in South West Scotland.

Identification of Ayrshire includes typically red color, which can change to dark brown and orange shade.

The coat of Ayrshire has red and white marks. This breed is known for its characters. The workers confirmed that this breed is smart and a little aggressive in some cases.

If we talk about its standard lactation period of 305 days, Aryshire produces 75 to 78 pounds of milk. And they produce almost 9 gallons of milk per day. 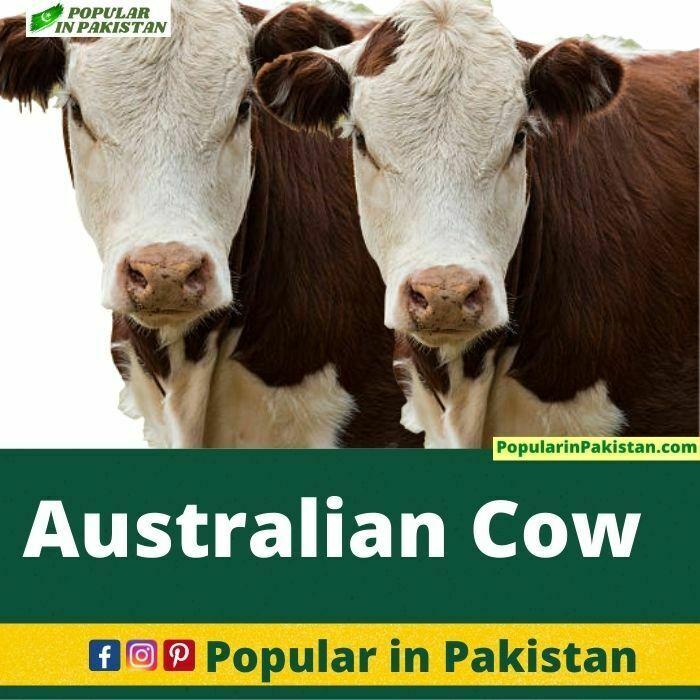 This is one of the crossbreeds from Australia, a combination of Scandinavian Red Genetic Lines with other Australian Cattle such as Ayrshire and Illawarra.

Identification: They are medium-sized cows and are red with white marks.

Aussie cows can produce 3 to 5 kgs of milk per day. And their milk has a higher protein ratio than the other cows’ milk.

As the name shows, Guernsey is a cattle breed from the Islands of Guernsey.

Identification:  Guernsey is formally red and white, and the cows are hardy and docile.

The cow is medium to large, usually has horns. The purpose of this breed is for high milk production from grass.

Guernsey cows produce almost 15 to 25 kgs of milk per day, and the fat content of Guernsey milk is usually high.

Also known as Illawarra Shorthorn cattle, it is an Australian breed used for dairy production.

Identification: Illawarra is dark red with a few white marks on the roan or flank.

Illawarra cows are medium to large in size.

They are known for their high milk production rate.

There are different Australian crossbreeds in the world; here, we will discuss the famous them.

The Australian cow, also known as Friesian Sahiwal, is an Australian breed of the dairy farm; the Queensland Government developed it in the 1960s.

The Australian breed combines two different breeds, the Sahiwal breed (a dairy breed of Bos Indicus)  from Pakistan, and the second one was Holstein (Bos Taurus) breeds.

This breed was specially designed for the tropical regions of Australia.

This is also one Australian Cattle breed from a cross between The French Charolais and American Brahman Cattle.

This breed is mainly used for meat production. The meat of Australian Charbray is famous in Australia, and it is more tasty, beefy, and has a delicious flavor.

They also require fresh water throughout the day.

If we talk about the price of Australian cows in Pakistan, then it varies from season to season and is also diverse in different areas.

But on average the price range of Australian cattle started from 2000$ and up to almost 5000$.

There are different farms of Australian cattle in Pakistan.

As Australian cattle produce a good amount of milk, they are suitable for the dairy farming business in Pakistan.

According to a dairy farm survey, the milk production rate of Australian cows in Pakistan dairy farming increases gradually.

Just because of their high milk production, the Australian dairy farms in Australia are the 3rd largest worldwide.

Australian cattle are almost adjustable to every environment and condition, so they can easily survive in any region and are pretty good resistant to different diseases.

As discussed, the Australian breeds consume a minimum quantity of feed than the other breeds, making them more profitable.

Australian cows are famous cattle breeds throughout the world.

And are famous for their high milk production. These are seven different breeds of Australian cows; all are discussed in this article with their specific features, advantages, identifications, and milk production value.

Thus, Australian cows are a great choice for the dairy farming business globally.