Shalwar kameez is known as the national dress of Pakistan. National clothes represent the ethnicity of the particular region. Ethnicity typically symbolizes the culture of the regions. People of all the provinces like to wear Shalwar Kameez. Men and women both wear Shalwar Kameez in different styles. Kameez is like a shirt that may be worn as a top on the Shalwar, where Shalwar is like a loose trouser. In 1983, National dress became compulsory for all the secretariat officials. 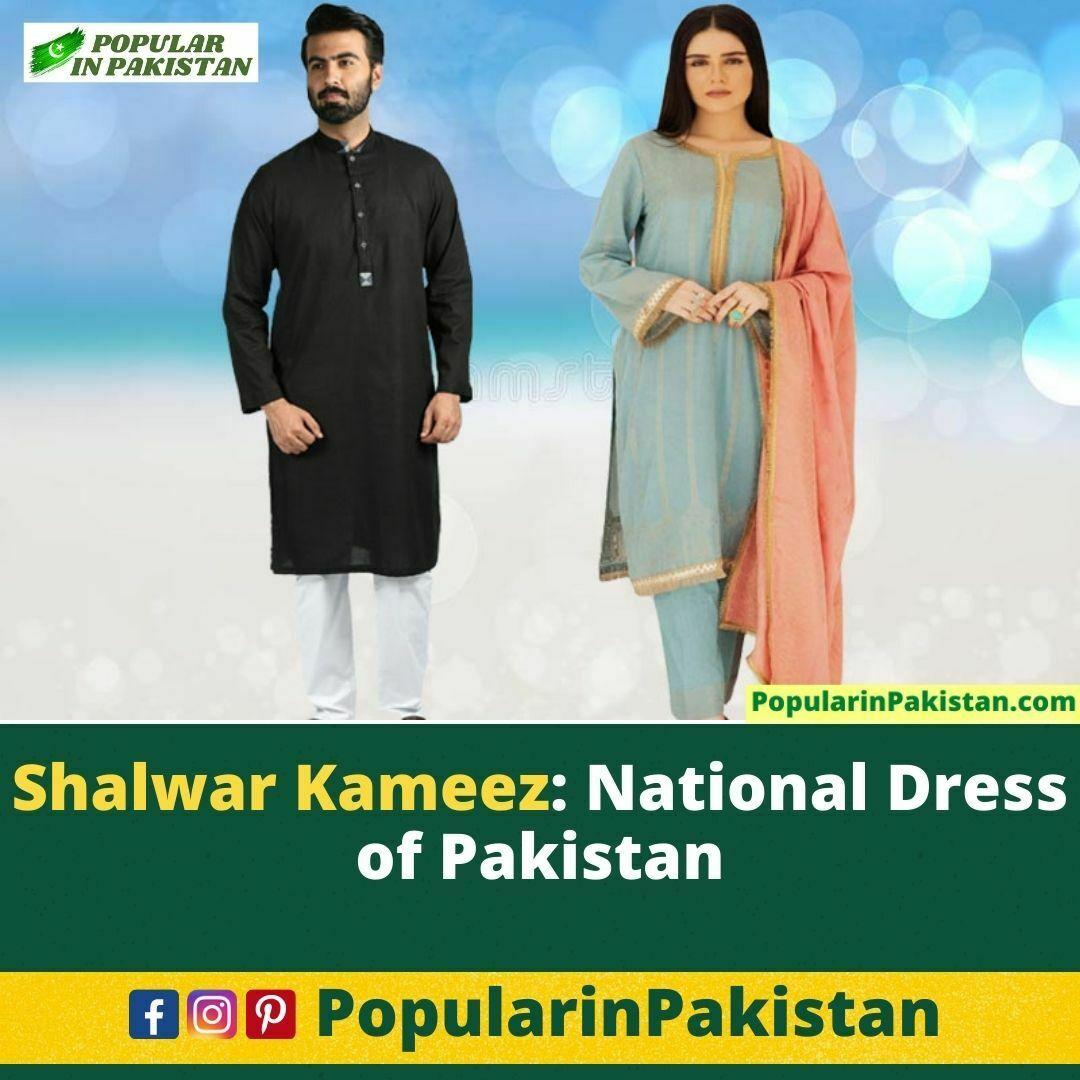 Why is Shalwar kameez a Pakistani National dress?

The reason for Shalwar kameez as a national dress is that it portrays the Islamic culture. Shalwar kameez reflects an amalgamation and fusion of cultures of two provinces. The Shalwar is taken from Pakhtoon culture, and Kameez is taken from the Punjabi culture. It is said that Quaid-e –Azam suggested his sister Fatima Jinnah to wear it. It symbolizes the unity of the different provinces of Pakistan.

Shalwar kameez has a vast range of designs, colours, and styles. Many different fabrics may be used for Shalwar Kameez like silk, chiffon, cotton, and jamawar. Shalwar kameez is a decent clothing style that enhances the grace of personality.

The clothing culture of the Pakistani people is enriched by various influences of old heritage. Clothing is the identity of any nation. The dress in each regional culture reflects the climatic conditions, lifestyle, and specific style that gives it a distinct identity.

Pakistani culture is rich in culture and has diverse traditions. Diverse cultures symbolize the history of the region. The society of Pakistan has a vast variety of cultures, ways of life, customs, and ethics. For Muslims, the dupatta is treated as an essential addition to the shalwar kameez. It is like a shawl or long scarf. It symbolizes respect for Muslim women. It reflects modesty on some occasions. Religious women must cover their heads with dupatta. Sometimes it is considered a fashion accessory in urban areas. Nowadays, women carry dupatta as an accessory of decoration. They style up by wrapping around the neck, waist, or like to hang on the shoulder. Dupatta is embellished with various types of embroidery.

Men in Pakistan usually wear shalwar kameez. Shalwar is like a trouser; it is wide at the waist and cuffed at the bottom. The waist has a drawstring or elastic to tighten up. Sleeves have cuffs, and the neck has ban or collar style with 4 to 5 buttons on the front pleat. The length of the shirt remains till the knees.

In Pakistan, the President and Prime Minister wear Black Sherwani that is worn on white-colored shalwar kameez. Quaid-e Azam used to wear this dress on formal occasions. So sherwani with white shalwar kameez is considered as a traditional dress of Pakistan.

In Pakistan, religious clothing refers to the dress covering the whole body parts except the face and hands. Women have to wear a dupatta, chadar, or scarf to cover their heads. In the outdoors women wear hijab or burqa, which is full length with loose-fitting clothing. Men wear long tunics.

Pakistan has autonomous territories and has unique traditional attire. Pakistani dress varies according to different regions. Traditional clothing of regions reflects the culture of that particular region. Following are the common attire of Pakistan.

Punjabi clothing is Shalwar Kameez, kurta shalwar, dhoti, lungi, or that for men. Punjabi shalwar has various designs like Pothwari shalwar, Multani shalwar, dhoti shalwar, and Bahawalpur shalwar. Turban has a special existence in Punjab. It is commonly known as Pagri. Khussa has a specialty in footwear. Punjabi women wear Shalwar Kameez that is considered as a purely Punjabi dress. This Punjabi dress is typically a kind of uniform for Punjabi women. The national guard of Pakistan, women’s naval reserve, Pakistan girl guide association, and Pakistani nurses make it part of national dress.

Balochi men wear a long JAMA that is called a robe. It resembles a smock-frock up to the heels with loose Shalwar. This attire includes a chadar or scarf and a pagri made with cotton fabric. Shalwar is too wide to protect against the hot wind of the Sulaiman range and kharan desert. Balochi women wear a typical dress of a frock and Shalwar. Both are embellished with embroidery and wear a headscarf. Shisha work is commonly used in embroidery.

Sindhi men wear a different version of Shalwar, called suthan, and pair it with a Kameez called cholo.Sindhi cap and ajrak are included in the Sindhi traditional attires. Sindhi men usually wear dhoti and long. Sindhi women traditionally wear suthan and cholo along with lehenga and choli. It is also called goji. Sindhi women of the mountain area usually wear it. This shirt is embellished with a variety of embroidery square panels. Married and unmarried women wear slightly different types of goji. Mirror work is commonly used in embroidery. Pakhtun women wear Shalwar kameez, which is called the Iraq part. These are like long dresses which are colorfully embroidered. This type of dress is usually used in Afghanistan.

Muslims invaded South Asia in the 13th century and introduced sophisticated clothing called Shalwar Kameez in that region. In the beginning, only women used to wear them. Later, men also adapted to wear Shalwar Kameez. Punjabi people liked this dress and adapted it first. This is because the attire was so comfortable and sophisticated. The dress can be versatile by using different colours, designs, and cuts. Therefore, it can be easily wearable on various formal and informal occasions. Women additionally wear Shalwar Kameez with dupatta, which symbolizes respect, modesty, and delicacy. Men added turban with the traditional Shalwar Kameez, which conveys respect and power.